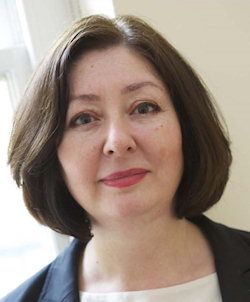 A vast secular movement against the religious-Right is never more needed than in the ISIS era – whether it be in Sri Lanka vis-a-vis the Buddhist Right, India versus the Hindu-Right, the Christian-Right in the USA and Europe or against Islamism from Iran, Algeria to Pakistan. This vast secular movement provides a marker, a human alternative and brings hope in the face of fear and unbridled brutality.

The response to the likes of ISIS and the Taliban which recently massacred schoolchildren in Peshawar is not more militarism, which with cultural relativism has created the climate for the rise of the religious-Right. It is not more Iraq-isation of the world into religious, ethnic, cultural communities and societies, dividing people into every imagined homogenous grouping other than human and citizen. The response is not more “wars on terror” and attacks on civil rights or the legitimisation of torture and executions. It is not xenophobia and bigotry. It is not seeking out the “moderates” and appeasement or behind the scene wheeling and dealings with Islamists. It is also not -as the post-modernist Left have done – defending and siding with the oppressors at the expense of real live human beings. The response in the face of unbridled barbarity cannot be more barbarity and inhumanity.

Those on the frontlines know full well that an uncompromising defence of secularism – the separation of religion from the state – and an insistence on equality and citizenship rights are key in the fight against the religious-Right. Secularism is not a western ideal; it is a demand and necessity for people across the globe. It is not only atheists who are secularists. Many believers and nonbelievers in the Middle East, N Africa, Asia and the Diaspora are secularists – even if they don’t call themselves that. In fact, theocracies give little room for the expression of belief, including for many believers, as ISIS’ murder and intimidation of anyone who doesn’t agree with them shows. No one understands the need for secularism than those living under the boot of the religious-Right. A demand for secularism, citizenship rights and universalism is our response to the religious-Right.