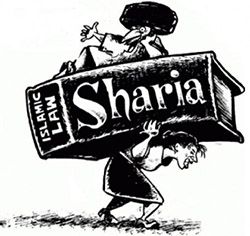 Written by Maryam Namazie on 27th December 2014. Posted in Articles.

Rouhani’s “charm offensive” (including the “historic nuclear deal” and the promise of opening Iran up for business) is the other side of the coin of the regime’s intensification of repression. If you smile rather than scowl and utter sweet nothings and empty promises, the global powers that be are happy to ignore what happens to people in Iran. I suppose it is what they mostly do themselves every few years come election time. Protestations of “human rights abuses” are only useful when the regime doesn’t play nice.

But it’s not a “charm offensive” by any means; it’s just plain offensive.

During the “election”, Rouhani “promised” that “all Iranian people should feel there is justice”. They are certainly feeling it – his version of it at least – with 40 executions in the first two weeks of January and over 300 executions since he took office. Iran remains one of the main execution capitals of the world despite all claims of “moderation”. When Rouhani said “We must do something for all these prisoners to be released”, he must have meant in body bags.

Also, Rouhani’s “promise” to uphold the rights of the people as enumerated in the country’s constitution is yet another example of an empty exercise in PR. The constitution is one of the obstacles to upholding rights and actually violates them as does a theocracy. Article 20 of the Islamic Republic of Iran’s constitution, for example, says men and women “enjoy equal protection of the law…in conformity with Islamic criteria” and Article 21 states that “the government must ensure the rights of women in all respects, in conformity with Islamic criteria”. As a result, it is perfectly legal that women cannot run for presidency, enter sports stadiums and certain fields of work or study, are segregated and have limited rights to divorce and child custody.

In less than 6 months of his presidency, his pledge to uphold the rights of women and bring legislation to the Islamic Assembly that addressed discrimination has only translated into more discrimination and misogyny, including the legalisation of paedophilia and child rape by making it legal for step-fathers to marry their adopted daughters as well as plans for a “Comprehensive Population and Family Excellence Plan”. The proposed legislation includes new limits on contraceptive use and added restrictions on women from accessing employment and educational opportunities. More efforts in lieu of keeping women in their place – barefoot and pregnant.

Of course the list is endless. Rouhani and his friends Tweet their sweet nothings and have Facebook pages whilst people in Iran are banned from using social media and can actually face arrest and harassment for it. Khamenei just issued a fatwa making it illegal to chat with unrelated members of the opposite sex.

And Iran remains the second largest jailer of journalists (forget political dissidents and opponents) though Rouhani “promised” that “justice means that anyone who wants to speak in a society should be able to come out, speak their mind, criticize and critique without hesitation and stammering”.

Add the regime’s draconian austerity measures and even the welcome end to economic sanctions will not be enough to give relief to the struggling people of Iran.

Absurdly, those celebrating Rouhani’s “charm” claim he is not to blame for the repression as he has no power – the supreme leader Khamenei does. Aside from the fact that Khamenei approved his candidacy, if Rouhani has no power, why so much jubilation? And if he does, then why not hold him accountable?

Of course any relief as a result of a reduction of economic sanctions, which adversely hurt the public, and a move away from threats of war is good but it’s not good enough.

The people of Iran deserve more. Much more.

In the unforgettable words of Bob Dylan:

…Yes, how many years can some people exist
Before they’re allowed to be free?
Yes, how many times must a man turn his head
And pretend that he just doesn’t see?…