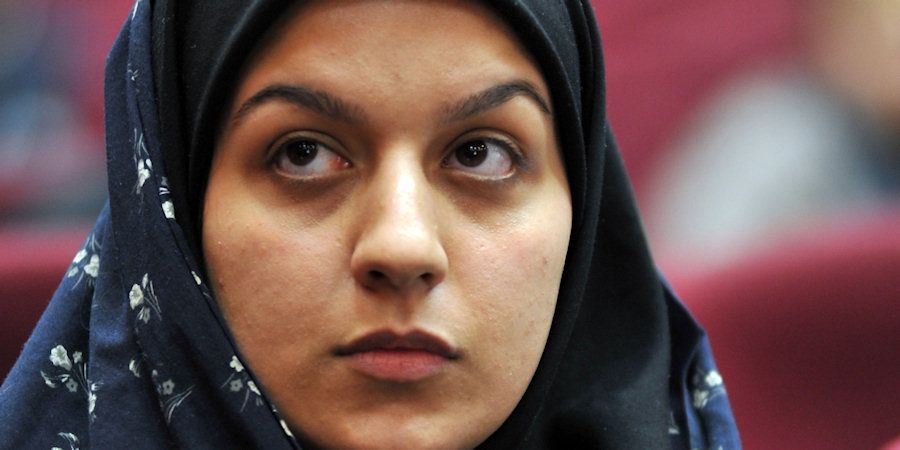 Written by Maryam Namazie on 24th October 2014. Posted in Campaigns.

To the millions of people who followed the fate of this young girl, to the thousands who took to the streets to save dear Reyhaneh, to the thousands of mothers in Iran who shed tears and begged for forgiveness on the media, we sadly have to report that Reyhaneh Jabbari was executed this morning.

This is a horrific piece of news on this bloody Saturday, when people are set to come out on the streets in the cities across Iran to protest against the acid attacks on women. We hope that a magnificent protest by the people today will be a fitting response to this brutal and shameless crime of the Islamic regime in Iran.

The Islamic regime’s ideologues, its professional criminals and murderers, the real killers of Sarbandi (whom Reyhaneh was accused of killing), all banded together and despite an enormous international outcry executed this young woman. They put Reyhaneh under pressure in prison, extracted confessions, filmed the scenes and then killed her. This is the regime of Iran’s ISIS.

Let everyone see the kind of monsters the people of Iran are dealing with. Let the world see that the one skill the heads of the Islamic regime, from the supreme leader to Rafsanjani, the president Rouhani, the paramilitary force Sepah and the Ministry of Intelligence, have in common is this: murder, lying and barbarity.

Millions of people see this now. The regime lied to the grieving parents of a young girl who for seven years fought to save their loved one; they spread rumours and did everything they could to stop Reyhaneh’s parents from saving their daughter.

Even before telling Reyhaneh’s family that they had killed Reyhaneh, they callously announced the news of the execution through their state media, while Reyhaneh’s mum and dad, sister and grandma were waiting outside the prison gates.

This is the abhorrent regime of the Islamic Republic. This is the regime of Islamic criminals, the ISIS ruling Iran.

But the regime in Iran should be certain of this: by killing Reyhaneh, they will only harvest a storm.

The International Committee against Execution calls on all to turn the sorrow and pain of the loss of Reyhaneh to public rage against the foundations of the murderous Islamic regime.