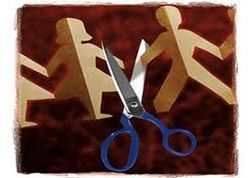 We will continue our fight against gender apartheid at universities

Written by Maryam Namazie on 25th November 2013. Posted in Campaigns.

We will continue our fight against gender apartheid at universities

More than a 100 protestors rallied outside the office of Universities UK (UUK) to condemn their endorsement of segregation of the sexes and demand gender equality on 10 December 2013, International Human Rights Day. The rally was organised by Fitnah – Movement for Women’s Liberation, One Law for All and London School of Economics Atheist, Secularist and Humanist Society.

The protest was in response to guidance issued by Universities UK (UUK) (a body representing UK universities) which said that external speakers can ask for segregation between women and men and it wouldn’t be discriminatory as long as “both men and women are being treated equally, as they are both being segregated in the same way.” They also said that refusing to segregate the hall may curtail the speakers’ freedom of expression!

The rally quickly followed an open letter signed by well-known personalities such as scientist Richard Dawkins and Music Producer Deeyah Khan condemning the endorsement of gender apartheid by Universities UK. The letter said that any form of segregation, whether by race, sex or otherwise is discriminatory. Separate is never equal and segregation is never applied to those who are considered equal. A petition opposing sex apartheid followed which has until now gathered over 9,000 signatories: https://secure.avaaz.org/en/petition/Universities_UK_Rescind_endorsement_of_sex_segregation_at_UK_Universities/

At the rally, Pragna Patel, director of Southall Black Sisters, said:
“For me, today is a particularly emotional moment. I stand here reminded of the heroic struggle waged against racial apartheid in South Africa, and yet find myself protesting against another form of apartheid that is also being justified with reference to that ubiquitous but flawed logic ‘separate but equal’. Who would have thought that in the 21st century, we would be protesting against policies adopted by institutions that should be in the business of producing and nurturing truth and knowledge, but which are instead endorsing the subjugation of one half of the human race? Who would have thought that in the 21st century, gender apartheid would become the new battleground?”

Maryam Namazie, co-organiser of the protest and Spokesperson for Fitnah and One Law for All added:
“Whilst people have an absolute right to their beliefs, they don’t have the right to manifest it when harmful or impose it on others, particularly not in a public space such as a university. Also, it is important to remember that Muslims are not a homogeneous group (many oppose sex apartheid) and gender segregation is a demand of the far-Right Islamist movement. It is ironic that whilst sex apartheid is challenged the world over, including by many Muslims in the Middle East and North Africa, UUK insists on endorsing it here. UUK must rescind its guidance immediately.”

Comedian Kate Smurthwaite said:
“The word equality has only one meaning. It’s not the back of the bus and it’s not the side of the lecture theatre. This is not about telling women who want to sit separately that they can’t. This is about allowing external speakers to demand that the audience be segregated.”

James Bloodworth, editor of Left Foot Forward, said:
“Opposition to gender segregation is an issue of fundamental freedom: people should be permitted to sit with who they like in a publically funded university. It’s also a question of politics, though: we shouldn’t pretend that those who wish to segregate men and women view us as equals. They don’t. They think women are little more than a temptation to men; and they view men as uncontrollable predators whose view of women is on a par with that of uncovered meat.”

Marieme Helie Lucas, a founder of Women Living Under Muslim Laws and Secularism is a Women’s Issue sent a solidarity message saying: “By bending to the Muslim Far-Right’s supposedly-religious diktats of segregating sexes on university premises, UUK also endangers further the women and men of Muslim descent – believers and unbelievers alike – who stand both against fundamentalism and against xenophobia and discrimination, in increasingly difficult circumstances.”

In another message of solidarity, Human Rights Campaigner Peter Tatchell said: “Gender apartheid is as abhorrent as race apartheid. The people who approved this policy are unfit to hold any public office – and should resign. Universities once pioneered the Enlightenment and liberal, progressive values. Now, it seems, they appease misogyny and cave in to religious sexism and intolerance. The right of women and men to sit where they like is not negotiable.”

Other speakers at the rally included: Ahlam Akram, director of Basira; Charlie Klendjian, secretary of the Lawyers’ Secular Society; Georgi Laag, founder of London Atheist Activist Group; Sean Oakley, founder and former president of Atheist, Humanist and Secularist society; Helen Palmer, chair of the Central London Humanist Group; Abhishek Phadnis, President of the LSE Atheist, Secularist and Humanist Society; Erin Saltman, Research Project Officer at Quilliam Foundation; and Anne-Marie Waters, Council Member of the National Secular Society. Taj Hargey, director of the Muslim Educational Centre at Oxford and an Imam at the Oxford Islamic Congregation was one of those who sent messages of solidarity.

Soon after the rally, which received widespread coverage, including when Prime Minister David Cameron intervened to oppose sex segregation at universities, UUK was forced to withdraw its guidance. Whilst this fight has been won, the battle continues particularly since sex segregation is still taking place at universities and UUK has said it hopes to redraft the guidance.

The Campaign against Gender Segregation at UK Universities will continue to press on until it is made very clear that there is no room for segregation of the sexes in public places like universities, including by organising teams of sex apartheid busters to break up gender apartheid at universities and hold a huge march against sex apartheid on 8 March 2014, International Women’s Day. We are also getting legal advice.

Below is some of the media coverage received so far:

Sexual apartheid: Is there any room for gender segregation, This Week, 12 December 2013 [external link]

‘We will fight them like the suffragettes’: Protesters target Universities UK over sex segregation policy, Politics, 11 December 2013 [external link]

The segregation of women and the appeasement of bigotry at UK’s universities, The Spectator, 11 December 2013 [external link]

Why we are protesting against gender segregation this evening, Left Foot Forward, 10 December 2013 [external link]

Maryam Namazie
Fitnah – Movement for Women’s Liberation
One Law for All
maryamnamazie@gmail.com
077 1916 6731