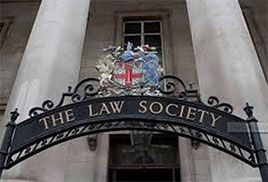 Written by Maryam Namazie on 29th September 2014. Posted in Campaigns.

We, the undersigned, are appalled to learn that the Law Society, the representative body for solicitors in England and Wales, has issued Sharia-related guidance on wills, succession and inheritance.

“Certain principles of Sharia are different to English succession laws. For example, it is not possible to inherit under Sharia rules via a deceased relative. No distinction is made between children of different marriages, but illegitimate and adopted children are not Sharia heirs.

“The male heirs in most cases receive double the amount inherited by a female heir of the same class. Non-Muslims may not inherit at all, and only Muslim marriages are recognised. Similarly, a divorced spouse is no longer a Sharia heir, as the entitlement depends on a valid Muslim marriage existing at the date of death”.

Whilst not binding, the guidance legitimises rules which are highly contested by many Muslims themselves and which discriminates against Muslim women, non-Muslims, and ‘illegitimate’ and adopted children. The guidance seriously undermines the Equality Act, citizenship rights and one law for all.

Since individuals are already free to dispense of their estate as they see fit (as long as they provide for their dependants) such guidance unwittingly aids and abets Islamist attempts at subverting democratic laws and principles with a de facto parallel legal system where minority women and children have increasingly fewer rights than other citizens.

This scandalous guidance is similar to that which Universities UK published endorsing gender segregation at universities in Britain. UUK was promptly forced to withdraw its guidance after widespread condemnation.

We call on the Law Society to immediately and unequivocally withdraw its guidance.

To support the campaign calling for the Law Society’s withdrawal of its discriminatory guidelines, please sign the Lawyers’ Secular Society’s petition.

There will be a symbolic protest action on Monday 28 April at 5pm. More details to follow.

Maryam Namazie, One Law for All