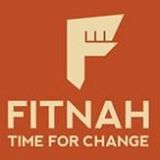 Written by Maryam Namazie on 5th June 2013. Posted in Campaigns.

When asked about the women registering for Iran’s upcoming presidential election, Ayatollah Mohammad Yazdi, a member of the Guardian Council, which vets all candidates, said: “It is reminiscent of the person who wasn’t allowed to enter a village but was nonetheless asking to meet the village elder. The law doesn’t allow women to run… The general conditions are specified in Article 115 of the constitution; it says ‘one must be elected from amongst religious-political men’”.

Imagine a society in which half the population is excluded from running for office! Clearly, the “election” is a farce for women – but also men.

After all, Iran is a theocracy. Only those with “a convinced belief in the fundamental principles of the Islamic Republic of Iran and the official religion of the country” can run for office.

There are no political freedoms. Political parties opposed to the government are banned. Parties and associations cannot be formed unless they obey the criteria of Islam, and the basis of the Islamic republic.
There is no freedom of expression and press.

Dissidents are routinely tortured, imprisoned and executed for questioning the regime, its leaders, and transgressing Islamic norms.

Over 130 offences are publishable by death, including blasphemy, apostasy, heresy, enmity against God, adultery, and homosexuality.

Women in particular are treated as second class citizens. Women have no right to work or travel without a male guardian’s permission, certain fields of study are closed to women; veiling is compulsory; and a woman’s testimony is worth half that of a man’s, amongst others.

The international media’s portrayal of the “election” circus as legitimate ignores the repressive and misogynist nature of the state and people’s resistance.

Fitnah – Movement for Women’s Liberation reiterates its opposition to the Islamic regime of Iran and the election farce.

Women and men in Iran – like people everywhere – have a fundamental right to democratic politics, equality, freedom and secularism. A precondition for real change is an end to the Islamic regime – not by US-led militarism or economic sanctions – but by the women’s liberation movement and the people of Iran.

On 14 June, join us to oppose the “election” and to show solidarity with the people of Iran.

We are Islamism’s worst fitnah!